The weekend is here! Pour yourself a mug of Ecuador Finca Meridiano coffee, grab a seat by the pool, and get ready for our longer-form weekend reads:

• The Shark is on the attack again: With decades of resentment and an appetite for combat, ‘The Shark’ is throwing golf into chaos again. This time, he’s doing it with Saudi money. (Washington Post)

• Nextdoor’s Quest to Beat Toxic Content and Make Money The social media site is trying to shed its reputation for dividing neighborhoods. But what is the platform without all the awkward comments and uncomfortable politics? (Citylab)

• The Greatest Privilege We Never Talk About: Beauty The benefits of being attractive are exorbitant. Beauty might be the single greatest physical advantage you can have in life*. And yet compared to other other privileges that may arise from race, gender, or sexuality, we don’t talk much about it. (Medium)

• A Billion-Dollar Crypto Gaming Startup Promised Riches and Delivered Disaster: Axie Infinity’s vision of a “play-to-earn” video game has crumbled, and the company behind it now tells the players who bought into the hype it was never about the money, anyway. (Businessweek)

• Amazon fired Chris Smalls. Now the new union leader is one of its biggest problems. What’s next for the face of America’s new labor movement. (Vox)

• The Surreal Case of a C.I.A. Hacker’s Revenge A hot-headed coder is accused of exposing the agency’s hacking arsenal. Did he betray his country because he was pissed off at his colleagues? (New Yorker)

• As the Great Salt Lake Dries Up, Utah Faces An ‘Environmental Nuclear Bomb’ Climate change and rapid population growth are shrinking the lake, creating a bowl of toxic dust that could poison the air around Salt Lake City. (New York Times)

• The EU after Ukraine: With time, the de facto centralization and depoliticization of the Union’s political economy has inserted a hierarchical center-periphery dimension into the Union. The “rule of law” instituted as the rule of an all-powerful court; the formally rule-based but in practice increasingly discretionary economic policy of the politically independent European Central Bank; and the sanction-supported reeducation in European “values” have led the EU to increasingly resemble a liberal empire, in both an economic and cultural sense, the latter as legitimation for the former. (American Affairs)

• Once upon a time, Republican politicians were the champions of reason and compromise Senator Margaret Chase Smith, a Republican from Maine, stood up against Republican Senator Joe McCarthy of Wisconsin and his supporters, who were running roughshod over American democracy. (Letters From An American)

• Star Wars: The Rebellion Will Be Televised An exclusive look at the master plan for Obi-Wan Kenobi with Ewan McGregor and Hayden Christensen, Andor with Diego Luna, Ahsoka with Rosario Dawson—and a fleet of new shows. (Vanity Fair)

We Asked 2,000 Americans About Their Biggest Concern. The Resounding Answer: Inflation 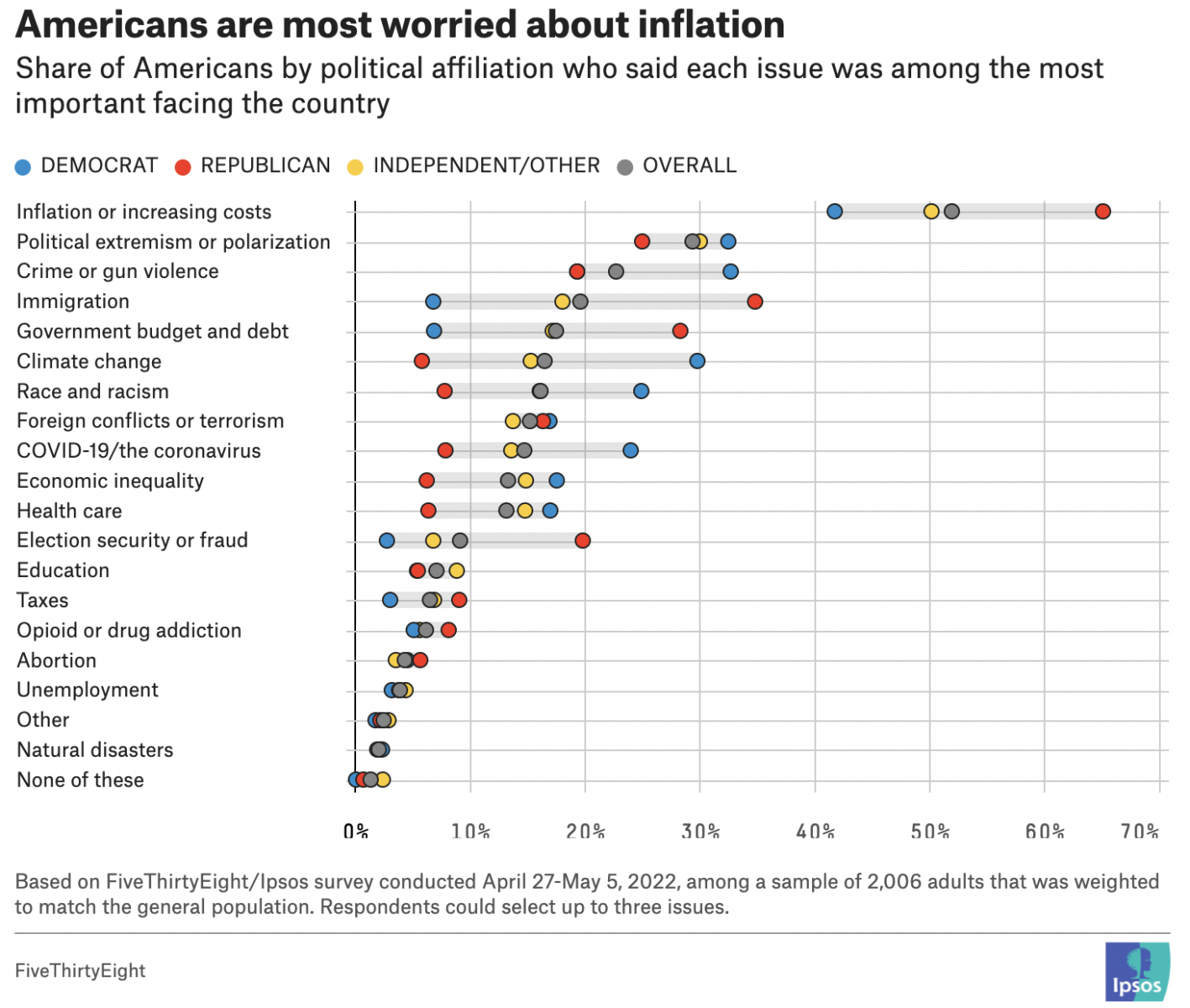