• The war in Ukraine is fuelling a global food crisis. Russia’s invasion of Ukraine in late February dramatically worsened the outlook for already inflated global food prices. While post-pandemic global demand, extreme weather, tightening food stocks, high energy prices, supply chain bottlenecks and export restrictions and taxes have been straining the food market for two years, the recent convergence of all these factors following Russia’s invasion is unprecedented and has sent food inflation rates spiking around the world. (Reuters)

• We are not in a recession, nor is one inevitable. Americans are rightly angry about inflation. A strong labor market is not enough reason to celebrate. But, we are coming out of, not going into the hurricane. (Stay-At-Home Macro) see also Are We in a Recession? (No) Philly Fed monthly State Coincident Indexes chart shows no signs of contraction in any of the 50 states. Each of the 6 prior recessions since 1979 showed early warnings a recessions was increasingly probable as the number of expanding states fell to 45, 40 a and 35 from 50. (The Big Picture)

• Is the $100 Million Car the New $100 Million Artwork? A rare Mercedes sold for $143 million, doubling the last record. Are cars worth that much, or are automobiles just the new asset where billionaires park their funds? (Vanity Fair)

• Vanguard Case Study: Active vs. Passive Investing What if Vanguard shareholders had invested actively, rather than with the company’s Growth and Value Index funds? (Morningstar)

• How ‘Trustless’ Is Bitcoin, Really? In myth, the cryptocurrency is egalitarian, decentralized and all but anonymous. The reality is very different, scientists have found. (New York Times)

• The Japan that Abe Shinzo made The most important prime minister in half a century changed the country in three big ways. (Noahpinion)

• Ukraine’s Tactics Are Showing Smaller Countries How to Fight Back The basic lesson: Make yourself too prickly for a superpower to swallow. (Businessweek)

• What the TSA could teach Congress about gun control TSA PreCheck uses enhanced background checks to make everyone safer. (Vox)

• A single photo can change the world. I know, because I took one that did. Can a photograph help end a war? Pictures from Ukraine by combat photographers, including contract photographer James Nachtwey and Associated Press photojournalists Felipe Dana, Mstyslav Chernov and Evgeniy Maloletka, have brought to light the horrific consequences of Russia’s invasion and the unconscionable treatment of innocent civilians. Fifty years ago, I was in the same position as those photographers, working for the Associated Press in Vietnam. (Washington Post)

Be sure to check out our Masters in Business interview this weekend with Dan Chung, CEO and Chief Investment Officer at Alger Management, which manages $35.3 billion in client assets. After graduating Harvard Law Review, he served as law clerk for the Honorable Justice Anthony M. Kennedy, United States Supreme Court. The firm lost 35 people, including its CEO, on September 11th and donates profits from its Alger 35 ETF in their memories. 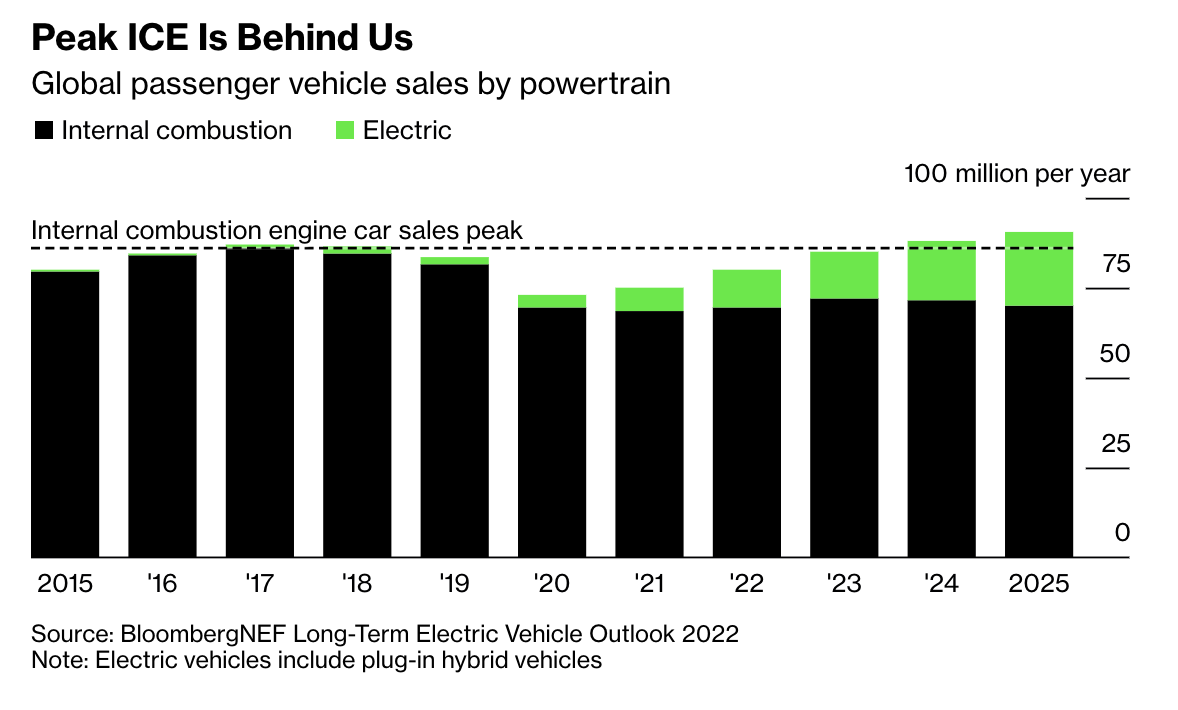