Happy Friday the 13th! End your week strong with our morning WFH reads:

• For Tens of Millions of Americans, the Good Times Are Right Now: Their houses are piggy banks, their retirement accounts are up and their bosses are eager to please. When this boom ends, everything will change. (New York Times)

• The Ethics of Indexing Redux Is the current dominance of passive strategies in flows perturbing how markets function? Does pooled ownership (whether in CITs, MFs, CEFs, or ETFs) create any “winners or losers” in a way that isn’t representative of that ownership? (ETF Trends) see also Low-Cost Indexing: Scapegoat for (fill in the blank) It is worthwhile to discuss the impact of indexing on investors, their portfolios, and markets, and to explain why — despite the best efforts of a crew of mercenaries trying to show otherwise — low cost, passive indexing is not the root of all evil. (The Big Picture)

• Private Credit Boomed Amid Low Yields — And Now It’s Set to Flourish Managers have pushed the benefits of floating rates for years. Only now are investors finally noticing. (Institutional Investor)

• How Gillette Embraced the Beard to Win Over Scruffy Millennials A new line of mustache waxes, heated razors, and other grooming products has helped the company reverse a decade-long decline. (Businessweek)

• Bitcoin, NFTs, SPACs, meme stocks — all those pandemic investment darlings are crashing Over the last few weeks and months, almost every financial asset has come hurtling back to Earth after high-altitude flights. That includes conventional stocks and bonds, which have spent most of 2022 in the red. But fad assets such as cryptocurrencies, non-fungible tokens (NFTs), blank-check companies, or SPACs, and meme stocks such as GameStop, have taken the biggest hits. (Los Angeles Times) see also How More Than $1 Trillion of Crypto Vanished in Just Six Months The helium is coming out of bitcoin and other cryptocurrencies as investors shy away from risk (Wall Street Journal)

• Highest Inflation in America Is Punishing a Texas Town and Its Residents Midland, Texas, is used to booms and busts. But even here, prices are shocking the local economy — and the Fed may not be able to help. (Bloomberg)

• With 1.4 billion inhabitants, Africa is the least connected continent: Google and Meta are now investing fortunes into building massive subsea cables, bringing internet infrastructure to millions. But the cables will also give the U.S.-based tech giants an unprecedented level of control. (Rest of World)

• There’s a Cheap Solution to the Electric Vehicle Charging Conundrum: What we actually need is an approach that takes advantage of an EV’s strengths: most notably, its ability to charge anywhere and anytime. And it doesn’t have to be nearly as expensive as you might think. (Slate)

• The abortion provider that Republicans are struggling to stop “The algorithms of Google are suddenly becoming the de facto gatekeeper to access to safe abortion services in the US.” (Vox)

• The Strange Afterlife of George Carlin Nearly 14 years after his death, his provocative humor has been embraced by people across the political spectrum. What happens when comedy outlasts the era it was made for? (New York Times)

Be sure to check out our Masters in Business next week with Boaz Weinstein of Saba Capital. The hedge fund specializes in Credit Default swaps, Tail Protection & Volatility trading. Saba is one of the 5 largest SPAC investors. Previously, Weinstein was Co-Head of Global Credit Trading at Deutsche Bank and a member of the Global Markets Executive Committee. Weinstein became infamous as the trader on the other side of the London Whale trade against JPM, which lost the bank $2B and netted Saba 100s of millions in gains.

The Great Resignation is becoming a “great midlife crisis” 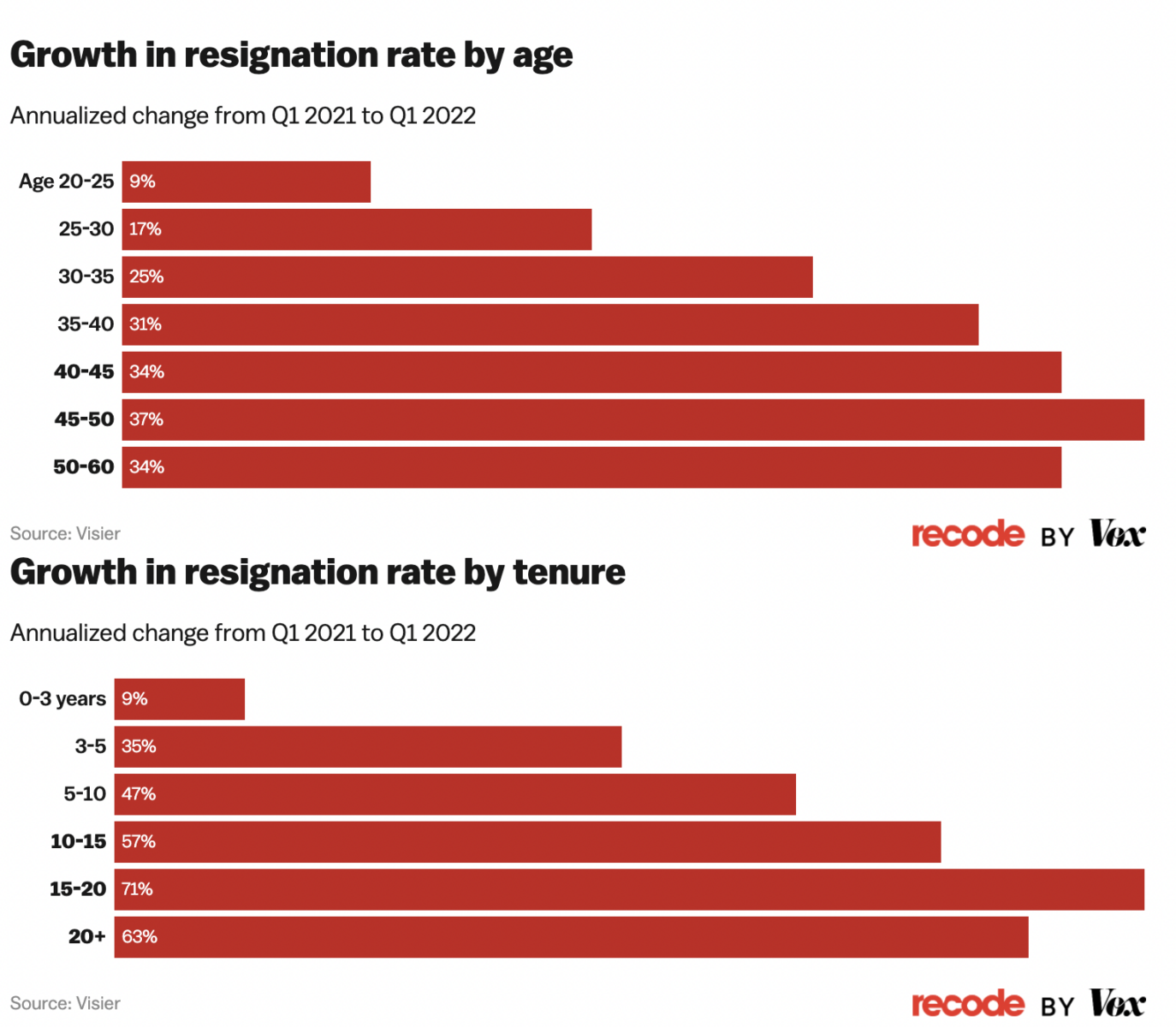