• What Was Bill Hwang Thinking? Archegos’s stocks went up and then they went down. Here is a simplified version of the Archegos story. Archegos Capital Management was a family office run by Bill Hwang, a former Tiger Cub hedge fund manager, that invested his personal fortune. Starting in about 2020, Archegos’s investment strategy consisted of buying a whole ton of shares of like 10 stocks, using mostly money borrowed from about a dozen banks. (Technically it did this buying using total return swaps rather than actually buying the stocks on margin, but that is a minor point.) (Money Stuff)

• Ten immediate Twitter fixes for Elon Musk This isn’t that hard (Reformed Broker) but see Elon Musk Just Impulse-Bought a $44 Billion Pain in the Ass He only has stressful, annoying, and expensive paths ahead of him. (Slate)

• Indian Premier League Valuations: Cricket Now Has A Place Among World’s Most Valuable Sports Teams. Franchise values in the world’s top cricket league are surging, outpacing the growth in even the NFL and the NBA. (Forbes)

• How the pandemic is changing home design Overall footprints are getting bigger as builders add on more smaller rooms, which may need to function as offices, play rooms, home gyms or dens, depending on the family. Bathrooms are getting bigger, in part because we use them more often when we’re home all day. And every room of the house is more wired — builders are adding power outlets and USB ports to accommodate the devices essential to working or attending school from home. (Axios)

• ‘The only way to stop the bleeding is to stop writing policies’: Climate change is making it more expensive to insure art Global warming’s effects are impacting collectors’ bank accounts, especially in disaster-prone states like California and Florida where risky conditions have become the norm. (The Art Newspaper)

• The ‘Hot Hand’ Is a Real Basketball Phenomenon, but It Is Rare A statistical analysis finds evidence for shooting streaks in real game situations. (Scientific American)

• Why Aren’t Rich People Happier? Buffett didn’t become a billionaire until he was 56 years old. Many of today’s tech titans strike it rich when they’re in their 20s. Having that much money can solve a lot of problems but it also creates a new set of complications, especially when it happens so young. (A Wealth of Common Sense)

• Masks are off, COVID rates are up and musicians are once again on edge about touring: While fans have waited two years to fully cut loose at clubs, arenas and festivals, some acts and public health experts are wondering if it’s too soon to abandon safety measures such as masks and vaccine mandates. (Los Angeles Times)

• Julia Roberts Hasn’t Changed. But Hollywood Has. “I decided a while ago that I’ll never really understand what people think about me and I don’t need to. I also feel like I’m a neutral person. I’m not one of those polarizing personalities. Because my job is so perfectly positioned in the priorities of my life, I’m not investing time in understanding the relationship between who I am and who people might perceive me to be.” (New York Times)

US corporations raising prices on Americans even as profits surge 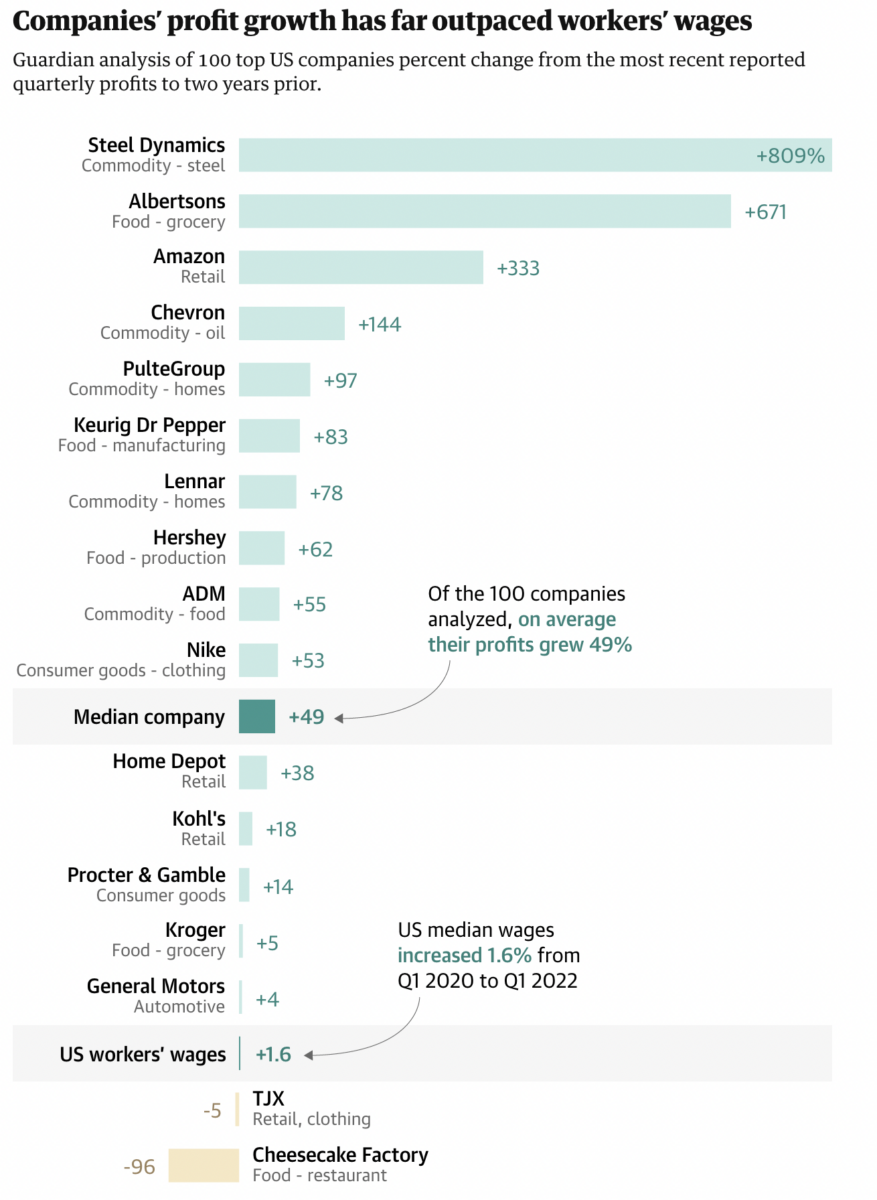 I saved $575 for a moment of discomfort