HomeInvestingTwo Things That Are Both True

Two Things That Are Both True


Two things that are both true:

(1) The U.S. consumer is in excellent shape considering we went through the worst quarterly GDP contraction on record last year. Wages are rising, net worth is at all-time highs, credit card debt is down, home equity has skyrocketed and 401k balances are as high as they’ve ever been.

(2) Inflation is higher than it’s been in more than 30 years.

It’s understandable why inflation fears seem to cancel out all the other good news. Most of us have never experienced inflation like this before and people are worried prices are rising faster than wages. 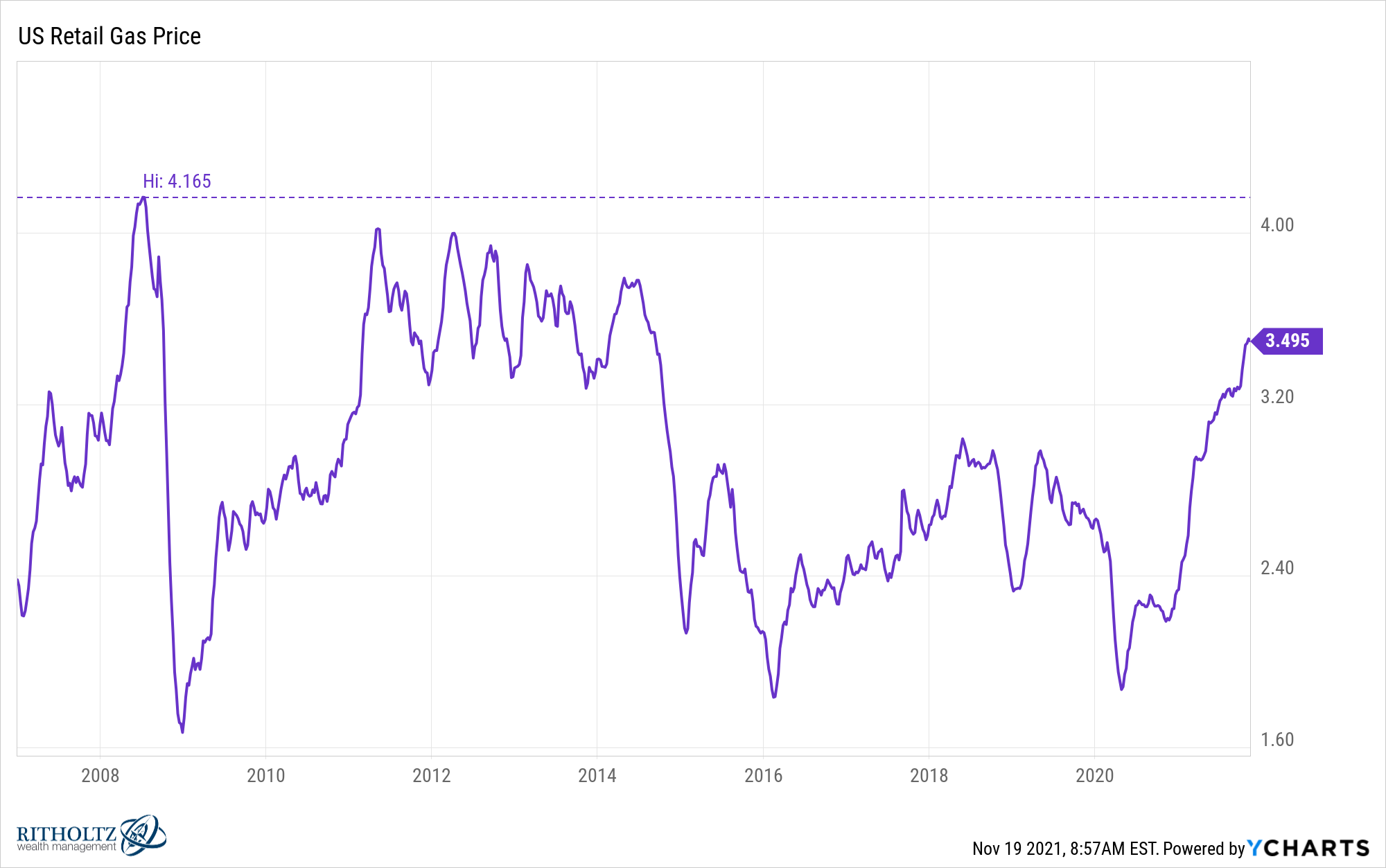 Gas prices have gone nowhere for well over a decade but this is cold comfort for people seeing their gas bill go up week after week from more recent levels. 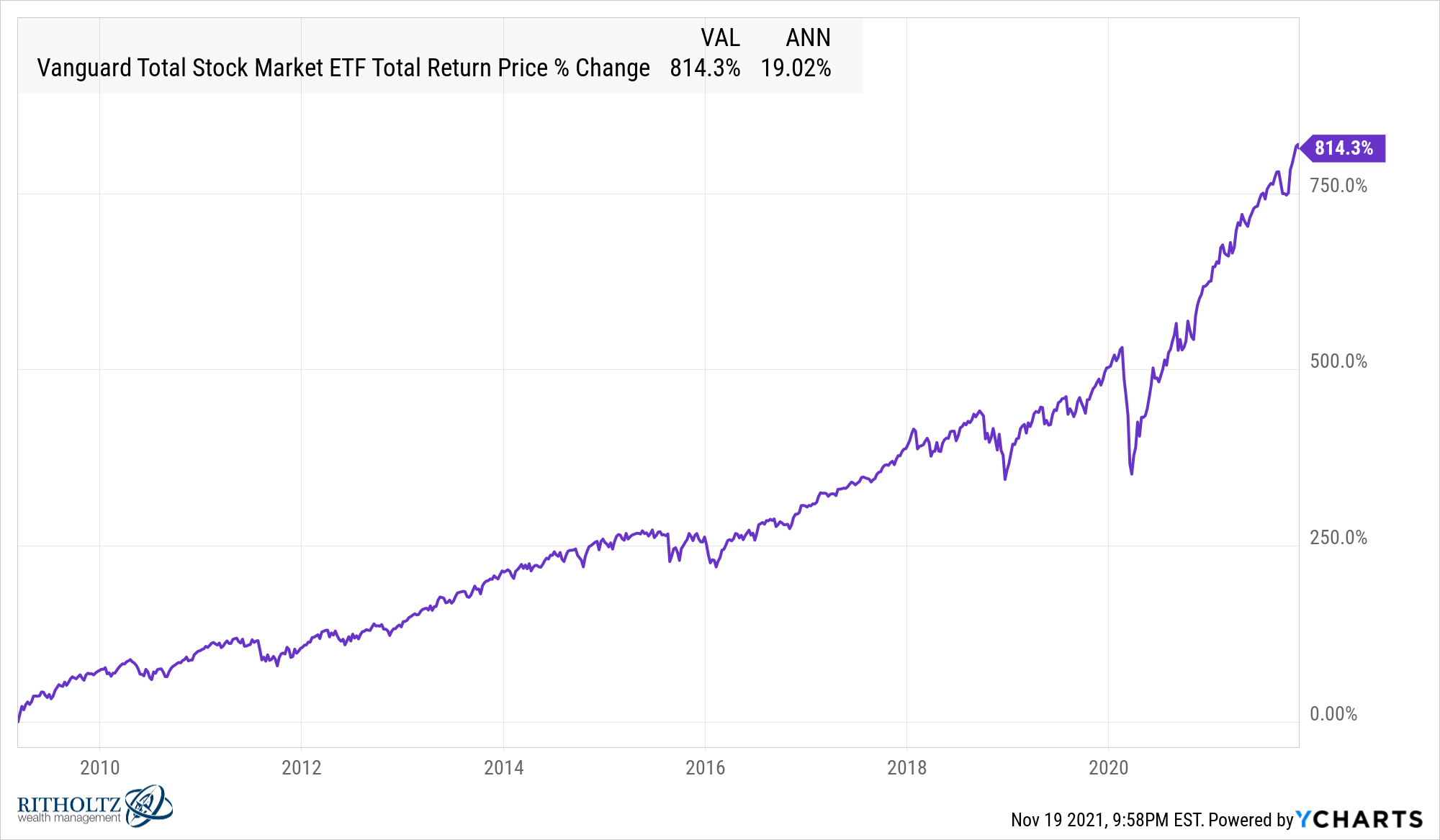 (2) The U.S. stock market has seen average returns since the turn of the century, up a little more than 9% per year since 2000: 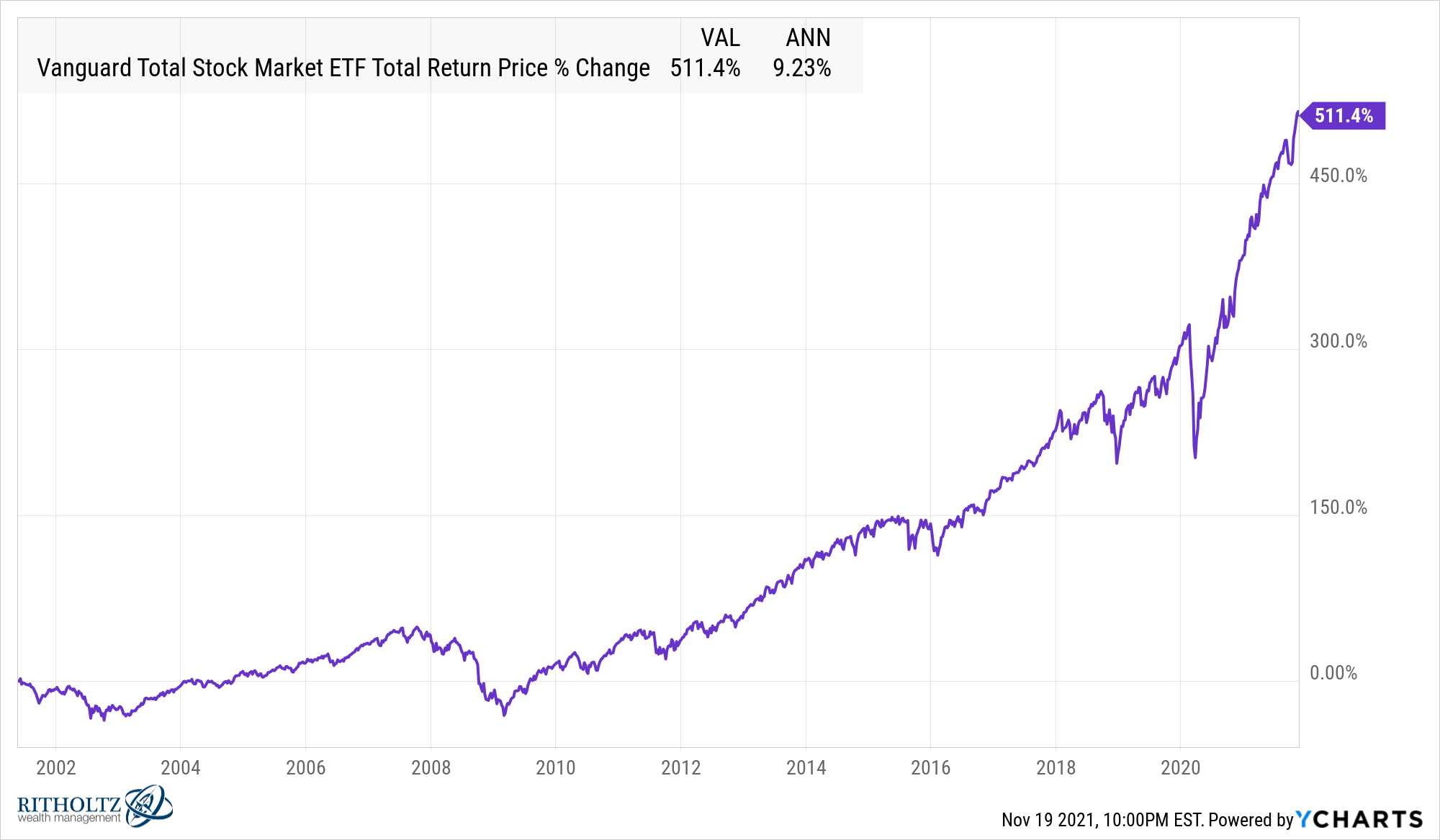 As always, just change your start and end date to make whatever argument you want about the markets.

(1) The consumer price index in the United States is up 6.3% over the trailing 12 months through the end of October.

(2) The CPI is up 7.5% over the past two years, an annualized rate of around 3.8% in that time. This is because we actually saw prices fall at the outset of the pandemic.

Inflation of nearly 4% per year over two years is much higher than we’ve seen in some time but it doesn’t sound nearly as bad as what we’ve experienced over the past year. I guess all that matters from here is what comes next for prices.

(1) Tech stocks look unbeatable right now. How could you not continue to bet on tech with returns like this during a bull market: 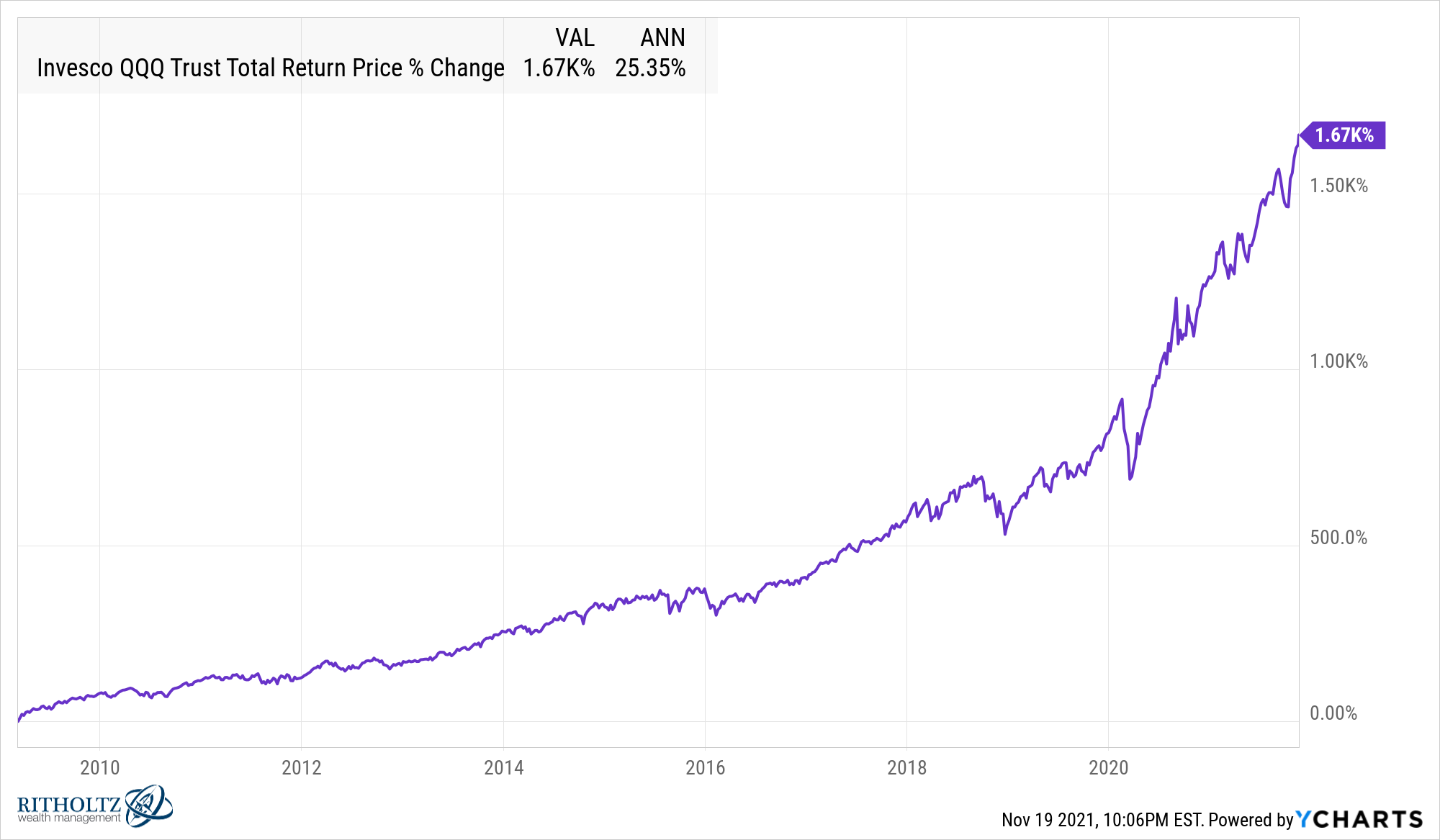 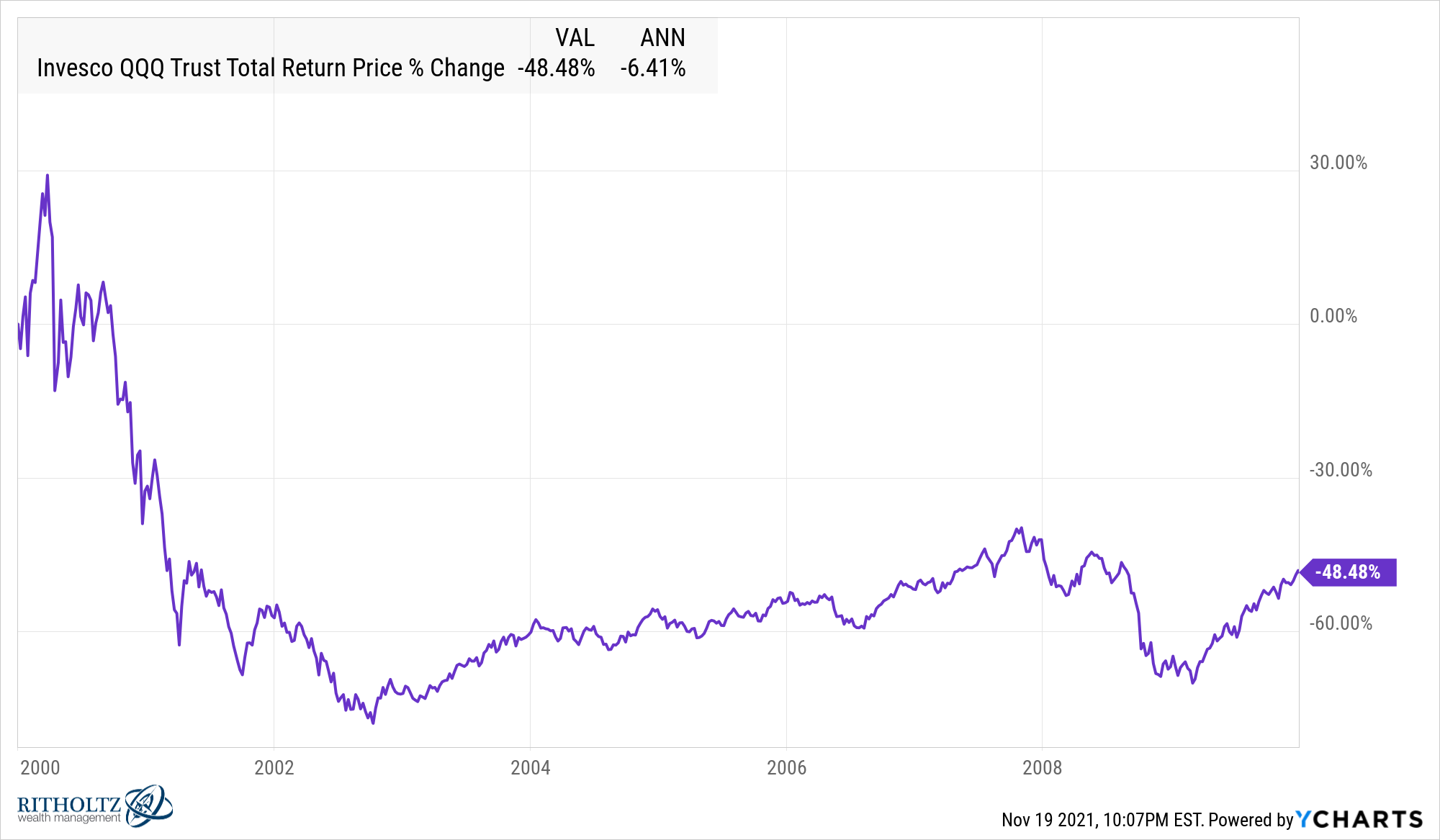 I’m not saying tech stocks are going to get slaughtered like this again. But it’s worth knowing this group isn’t immune to crashes and underperformance. Nothing lasts forever in the stock market.

(1) It really did feel like inflation was dead when this cover story ran in 2019: 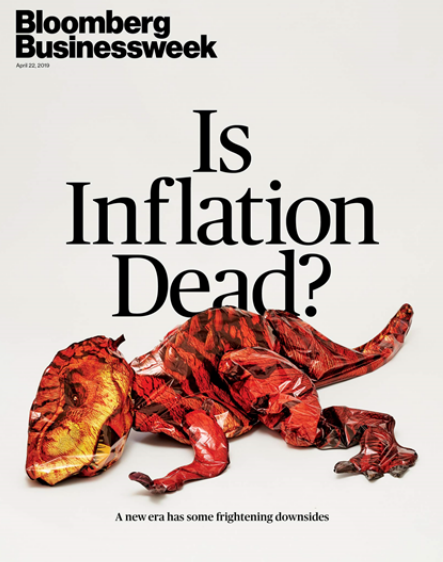 (2) Now we know for sure there are ways of bringing it back from the dead (this one was from this past week): 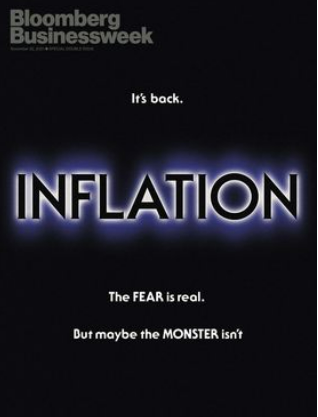 I understand why it felt like inflation was all but dead a few years ago. The Fed did everything they could and it wasn’t working. They begged the politicians for help on the fiscal side of the equation.

All it took was a global pandemic.

(1) Gold was a wonderful hedge against inflation in the 1970s. The yellow metal rose at an annual rate of nearly 31% in the 1970s, far outpacing the inflation rate of roughly 7% per year.

(2) Gold has been a terrible hedge against inflation over the past year. While inflation is up more than 6%, gold is down almost 2%: 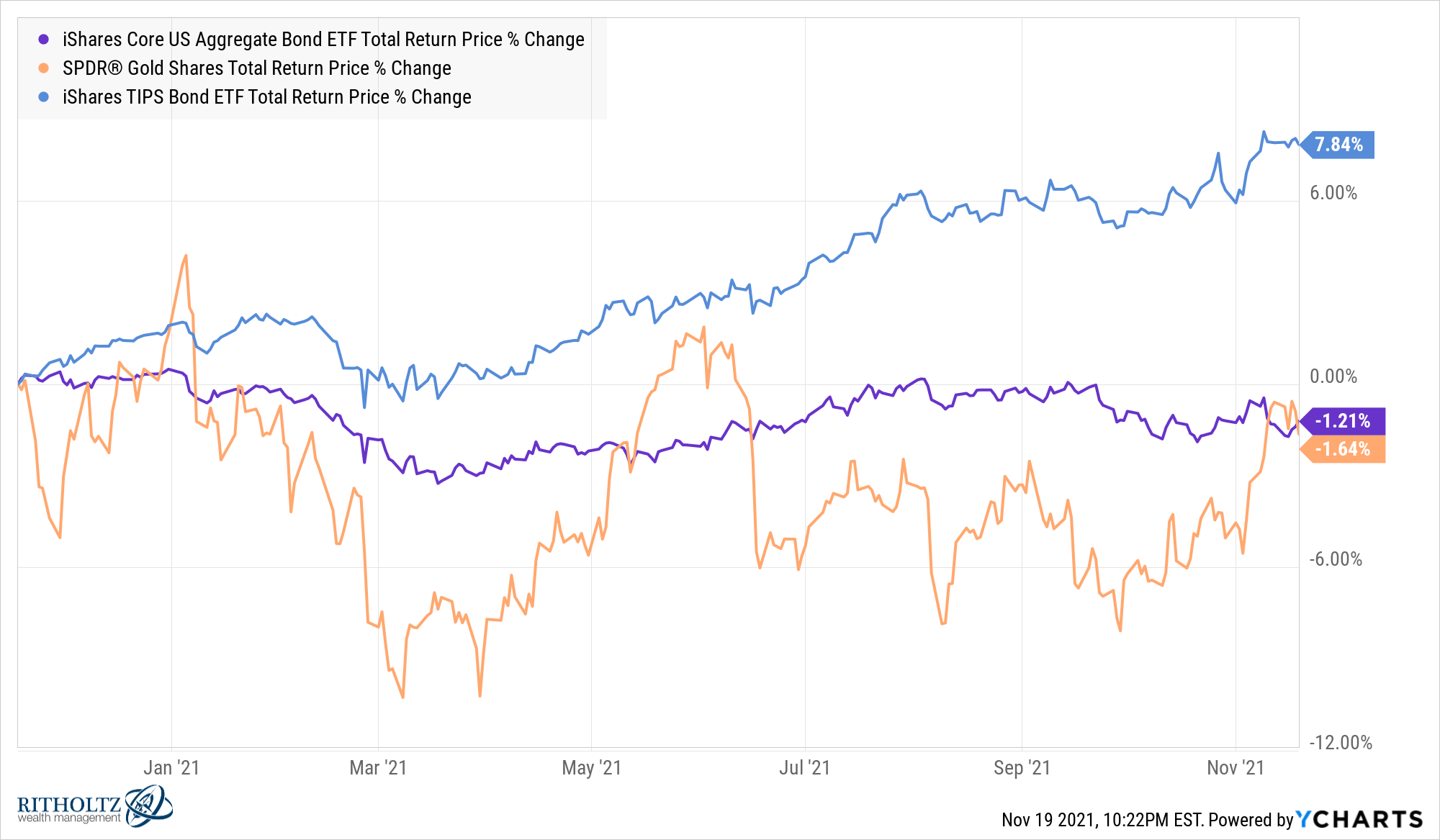 Surprisingly, even the aggregate bond market is slightly outperforming gold in an inflationary environment. TIPS are doing much better than both.

Gold might still be a good long-term hedge against inflation but it hasn’t worked during the recent spike.

(1) The Rock is one of the most bankable movie stars on the planet. The last time movies were normal (in 2019) he was the highest-paid actor with the biggest box office haul of anyone.

I thought about this after watching Red Notice on Netflix. It was decent, not great. If I was his agent, I would tell Mr. Johnson to do a movie with Quentin Tarantino or Steven Soderburgh or the Cohen Brothers.

He doesn’t need my advice but there it is.

(1) The Detroit Lions are the worst franchise in professional sports.

(2) The Detroit Lions are the worst franchise in professional sports.

Seriously. Any other fan base that claims this title is lying to themselves. Not only are the Lions terrible, but they have always been terrible and have zero hope for the future.

At least they get to play on Thanksgiving every year so people remember they exist as a team. Moving on…

(2) No one actually likes turkey otherwise we wouldn’t eat it once a year.

I’ve been pushing my family to do steaks instead of turkey for Thanksgiving for a few years now. Hopefully I’ll wear them down eventually.

(1) The stock market will crash in the future.

(2) No one knows when that crash will occur or why.

(1) The markets feel like they could be in a bubble right now.

(2) This feeling could last a lot longer.

I wouldn’t be surprised if the market took a breather to shake out some of the speculation going on right now.

I also wouldn’t be surprised if the rest of the decade was a continuation of the current bull market in some form or another.